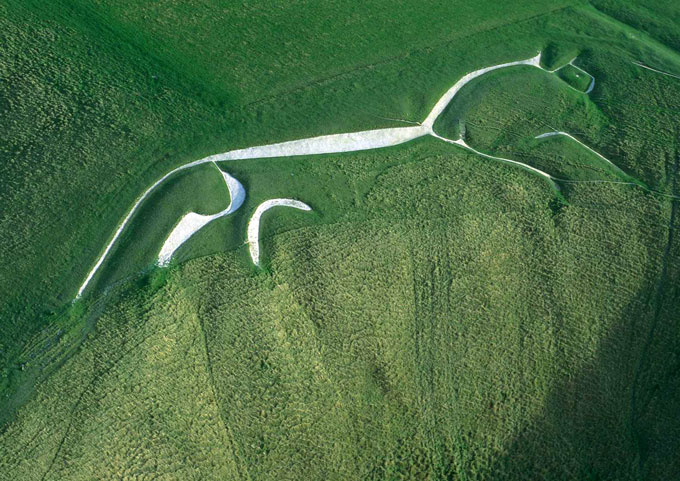 To celebrate National Countryside Week, here are some of our favourite places in the picturesque county of Oxfordshire…

Don your walking boots and discover the ancient rolling hills of Uffington. It is home to the renowned White Horse chalk figure, which ameliorates the landscape but the area as a whole is rich in history for you to explore, with castle remains, neolithic burial mounds and Saxon ruins. Legend has it that it was on the flat-topped Dragon Hill that St George, England’s patron saint, slayed the dragon. 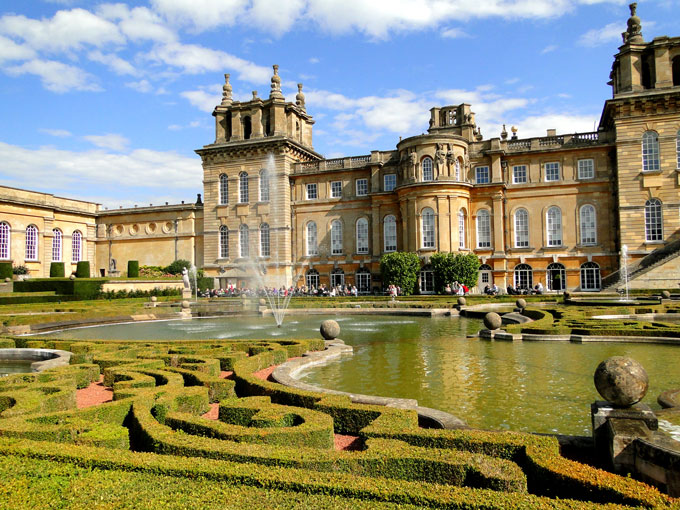 The ancestral home of Winston Churchill and the seat of the Dukes of Malborough, Blenheim Palace is a palatial stately home in the heart of the Oxfordshire countryside. The house sits in 2,000 acres of perfectly landscaped park and gardens. The vast verdant space has something for everyone. There are the Pleasure Gardens with a miniature train and giant maze, which is perfect for families, while the serene and majestic Formal Gardens and the Capability Brown landscaped park with its 150 acre lake is perfect for everyone else.

The Cotswolds, known for its tranquil beauty and sleepy villages, has something a little bit wilder for you to visit this summer. The Cotswold Wildlife Park is one of Britain’s biggest zoological collections set in a 160-acre estate with most lovely of gardens. Situated at the Heyworth family home of Bradwell Grove, the wildlife park is divided up into four distinct sections: birds, mammals, primates, and reptiles and amphibians. There’s a fascinating lemur collection and lions and giraffes, too.

Known as some of the finest in Oxfordshire, Waterperry Gardens are in full bloom at this time of year. Explore the eight acres of ornamental gardens with classic herbaceous borders, formal gardens and a waterlily canal. The gardens were home to the renowned horticultural college between 1932 and 1971 where the emphasis was on food production rather than the spectacular ornamental gardens that exist today. 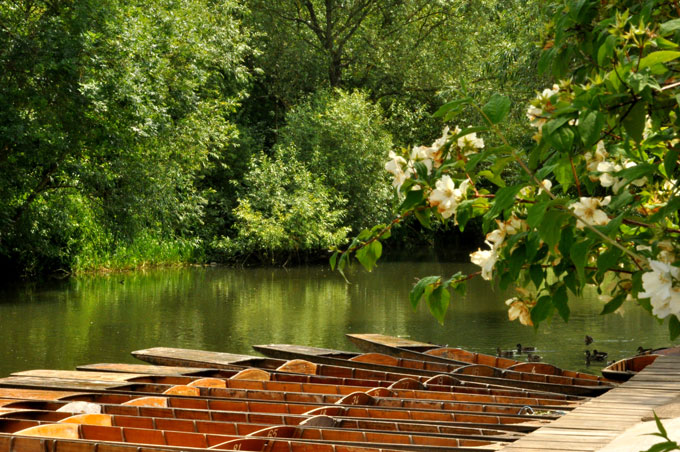 The Cherwell Boathouse is a charming punt station in the heart of Oxford. The boathouse was established in 1904 and has been run by the family ever since. It looks after 80 handmade punts, which are an idyllic way to spend lazy summer afternoons on the wonderfully quiet stretch of river. The boathouse also has a restaurant with an alfresco terrace to enjoy the late summer sun. 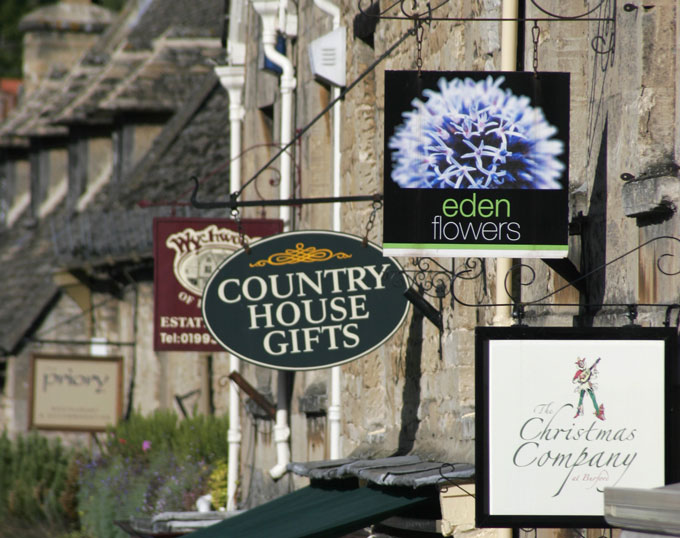 Burford is one of our favourite country villages. The sloping high street is peppered with cosy pubs and cafes perfect for afternoon tea. The medieval town makes for a great base for exploring the region, and is known as the gateway to the Cotswolds. 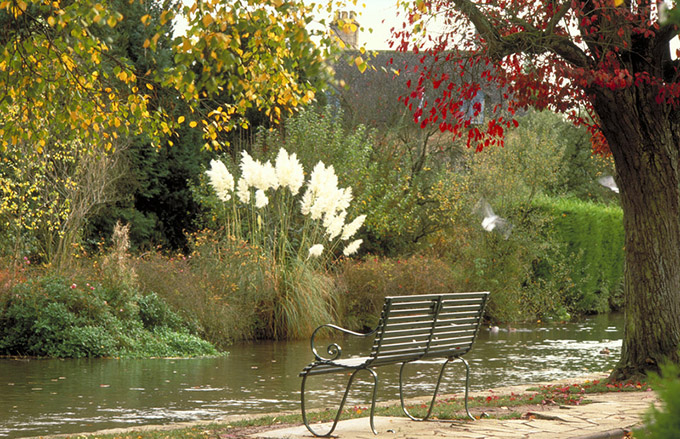 For those looking to take in the whole region by foot, this 65-mile long Oxfordshire Way route is the perfect way to do so. The path runs from Bourton-on-the-Water in Gloucestershire to the banks of the River Thames in Henley, encompassing the Cotswolds, the Chiltern Hills and all the rolling landscapes in between. Take a map and a picnic with you and explore the region at your own pace. 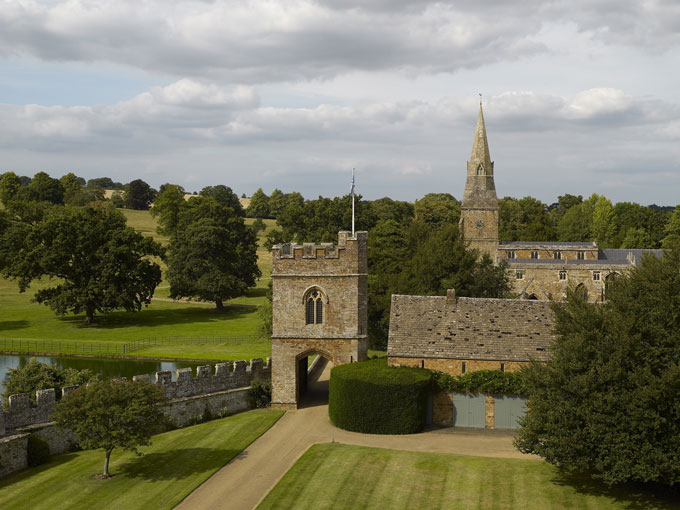 Broughton Castle is a moated and fortified manor house near Banbury in north Oxfordshire. With parts of the house dating back to 1306 the historic setting was used as a centre of opposition to King Charles I. The moated property still remains a family home but is open to visitors on certain days throughout the year when you can get a glimpse of the country house in action. The feeling is that of a lived-in home that charms its visitors and has attracted film directors who have used the house for period films such as Jane Eyre and Shakespeare in Love. 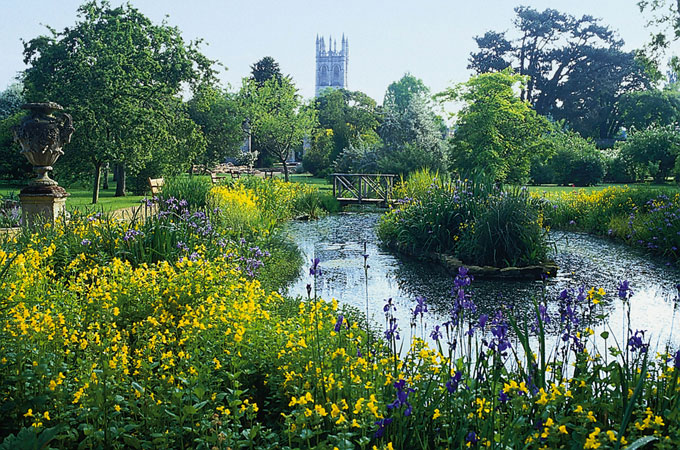 Located at the University of Oxford, in the very heart of the famous city, this is Britain’s oldest botanic garden. It was founded in 1621 with the mission “To promote the furtherance of learning and to glorify nature”. It is used to support teaching at the University. The garden’s oldest tree is an English yew that was planted by its first curator, Jacob Bobart, in 1645 and it’s also the setting of the first flowering Victoria water lily in Britain.

Kelmscott Manor was the Cotswold retreat of the British artist William Morris.The unspoilt idyllic country home is where he came up with some of his most iconic designs and writings. The 17th century home now houses a significant collection of his possessions and works and boasts a beautiful garden with ideal access to the Thames Pathway. Morris himself is said to have described the place as ‘loveliest haunt of ancient peace’, and we would have to say we agree.