Known as the lungs of London, the capital’s parks and green spaces are steeped in history

For centuries, London’s many parks and green spaces have been providing the capital’s inhabitants with a recreational refuge from the harsh realities of city life. Whether enjoying a leisurely lunch break, a family outing or a romantic evening stroll, these countless acres of natural and landscaped greenery are a free and invaluable resource; liminal places that allow visitors to momentarily forget themselves and shake off the stresses of a hard day of work. 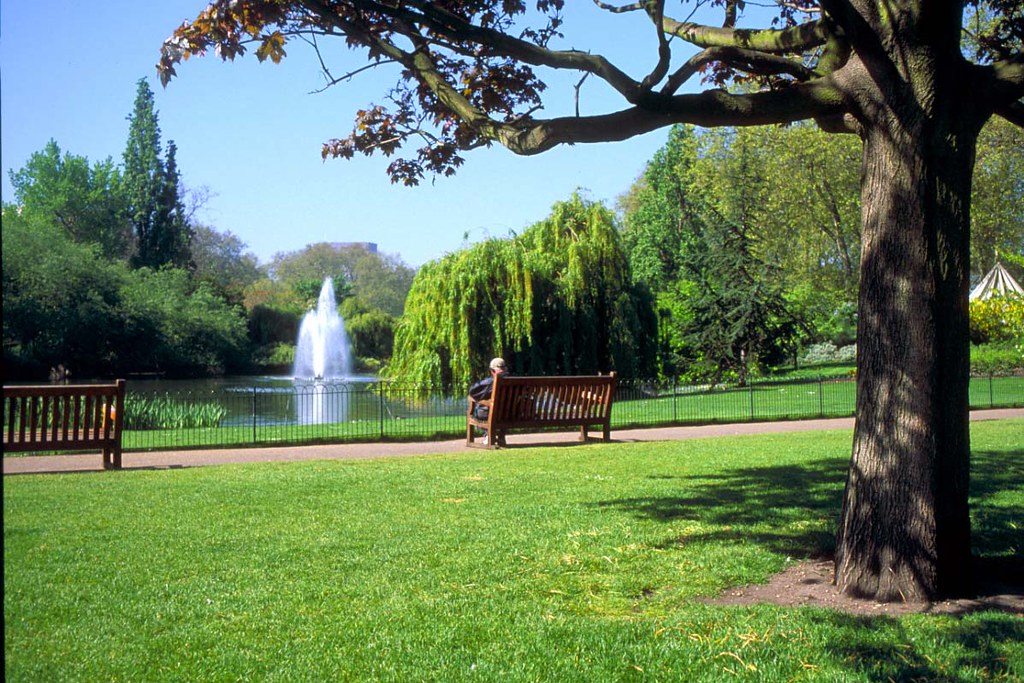 One of the most swooningly romantic destinations is St James’s Park, the oldest of the capital’s eight Royal Parks. Open from 5am until midnight and spanning a 57-acre stretch between 10 Downing Street and Buckingham Palace, it offers ample opportunity for a late-night stroll through the lush greenery on a summer’s evening to take in the gorgeous scenes across the lake.

The view from the Blue Bridge looking back towards Westminster and the London Eye in particular is a photo opportunity to treasure, although be sure to keep an eye out for low-flying swans. The park’s other famous avian residents are the pelicans, first introduced in 1664 as a gift from the Russian ambassador. Head to Duck Island Cottage at 2.30pm every day to see the mischievous birds being fed fresh fish on the rocks. 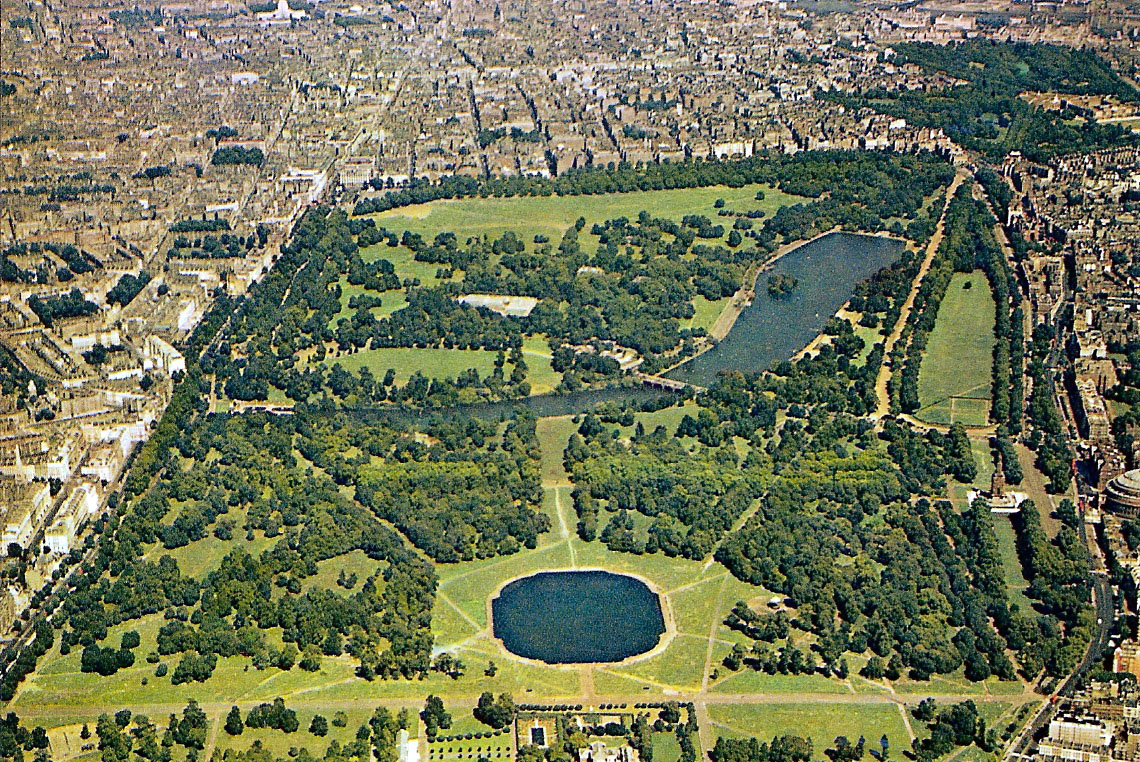 For a more lengthy and meaningful excursion into green fields, make your way up Constitution Hill to nearby Hyde Park. Even with a smartphone GPS and the regular maps dotted around the park, the many walkways offer fantastic opportunities for losing oneself geographically and metaphorically.

Millions of visitors come to the park every year but you can be guaranteed to find your own private hideaway spot to bask in the sunshine among the grassy meadows and more than 4,000 trees.

While the city’s parks are often collectively known as the “lungs of London”, this staggering and expansive 350-acre site could also lay claim to be the capital’s beating heart ever since King Henry VIII seized it from the monks of Westminster Abbey in 1536. When an outbreak of bubonic plague wiped out a quarter of London’s population in 1665, many concerned residents sought refuge in Hyde Park and camped out for the duration.

The area known as Hyde Park was once even larger, but the 265 acres on the west side of the West Carriage Drive were partitioned off as Kensington Gardens in 1728 at the request of Queen Caroline, wife of King George II. It was then that the gardens were formally landscaped and closed to the public for much of the remainder of the century. 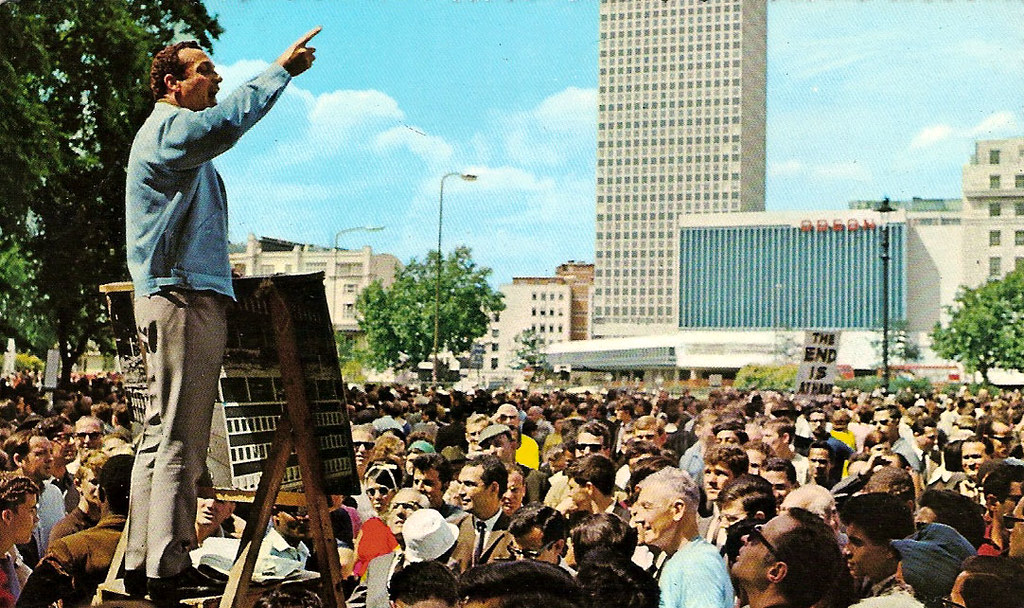 If you want to give your visit a focus, there are many highlights to be found. The park’s northeast edge by Marble Arch has been home to Speakers’ Corner since 1872, when the Parks Regulation Act was passed by Parliament, affirming the rights of people to meet and speak freely following the suppression of various rallies during the previous decade.

In the intervening years everyone from Karl Marx to George Orwell have flexed their oratory skills here, while today you can be sure to see a mixture of similarly politicised, passionate and occasionally eccentric types holding court near the circular café. 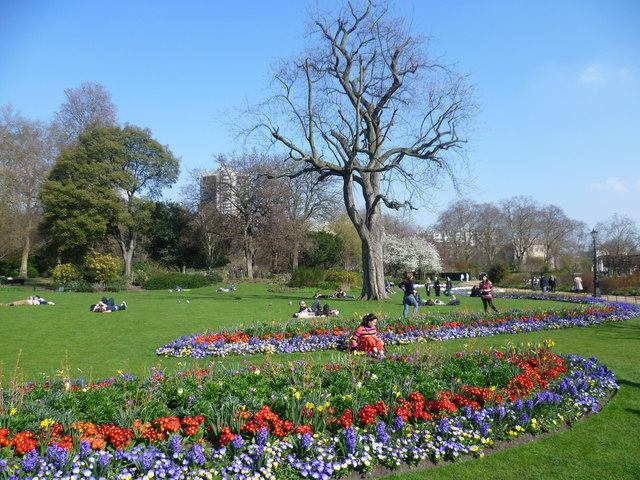 The Rose Garden, meanwhile, sits within the southeast corner, near Hyde Park Corner itself, promising rich seasonal colour under the floral arbour. The curved beds are replanted in both spring and summer, ensuring months of beautiful blooms, while Lady Feodora Gleichen’s 1899 statue of Diana the Huntress is worth seeing all-year round – it is a beautiful and striking bronze artwork, and Lady Gleichen was a pioneering talent, posthumously becoming the first female member of the Royal British Society of Sculptors.

Rose enthusiasts should also pay a visit to Queen Mary’s Gardens in Regent’s Park, which was first planted in 1934 and today is home to more than 12,000 specimens of some 400 varieties – there is even a single-variety bed devoted to its very own ‘Royal Parks’ rose.
The rest of the 395-acre park is hardly lacking in interest for green-fingered types: the formal gardens and leafy pergola of St John’s Lodge – an otherwise private residence – can be accessed via a small gate, while you can pick up tips on growing organic fruit and veg from volunteers at the Allotment Garden.

The overall plan for Regent’s Park was the brainchild of the architect John Nash. In 1811, the Prince Regent – later King George IV – invited submissions for a redesign of Marylebone Park which would include a summer palace. Nash flattered his patron with a bold plan that included a lake, 56 villas, a new royal residence and a processional route connecting the park with the prince’s existing home at St James’s Palace. Although not every element came to fruition, Nash’s thumbprint is visible across the park (not least in the grand formal planting of Avenue Gardens) and that processional route became Regent Street, now a popular shopping destination.

Regent’s Park is also home to Primrose Hill, one of six protected viewpoints of London.
The 63-metre summit provides awe-inspiring panoramas on a clear day, as evinced by a
stone inscription quoting the poet William Blake: “I have conversed with the spiritual
sun – I saw him on Primrose Hill.”

Perhaps Regent’s Park’s only rival for luscious views of the capital’s skyline is Hampstead Heath, a mere 1.5 miles to the north. Arrive via Hampstead Heath overground station and you can visit Keats House before taking a leisurely stroll up Parliament Hill, so named after it was defended by the Roundheads – or supporters of Parliament – during the English Civil War in the 17th century.

Aside from Keats, who reputedly penned his poem “Ode to a Nightingale” after hearing nesting birds in the park, Hampstead Heath has been something of a magnet for many other artists and writers over the intervening years. Another Romantic poet, Samuel Coleridge, and the great landscape painter John Constable also frequented the park for inspiration, while the author CS Lewis was moved to invent the mythical land of Narnia for his 1950 children’s novel The Lion, The Witch and The Wardrobe after enjoying a snowy winter’s walk over the heath. The landscape remains inspiring to this day and more ambitious visitors should explore the true breadth of the park beyond Parliament Hill, from the wild swimming at the ponds in the south and east, to the grandeur of the 17th-century Kenwood House in the north and the elm-rich Springett’s Wood in the west. 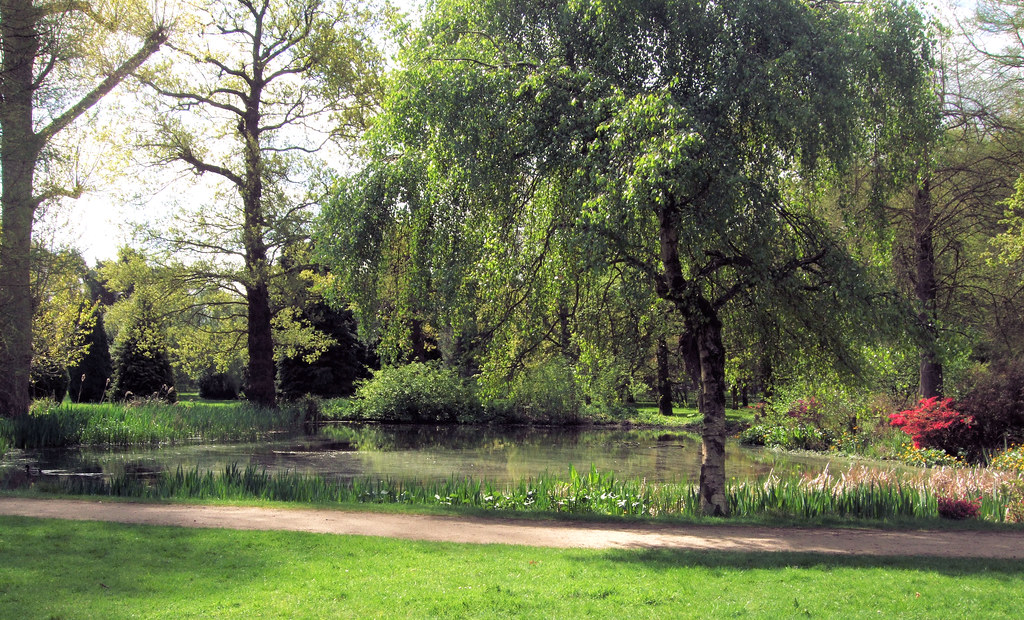 Although a little further out from the centre in the west London borough of Richmond-upon-Thames, Bushy Park is nevertheless worth making the effort to visit as it is a site rich in historical interest and natural beauty. The 1,100-acre park has roots in the Bronze Age, but was first recorded in its current guise in 1604, a reference to the thorn bushes that grew around the old oak trees.

After Hampton Court Palace was established adjacent to the park in the early 16th century,
a succession of monarchs would take great interest in the upkeep of the green space, as James I added the tree-lined Chestnut Avenue and King Charles I ordered the construction
of the man-made waterway known as the Longford River that flows through the park.

Bushy Park’s greatest claim to historical significance came in March 1944. The park had previously doubled as Camp Griffiss for the US Eighth Army Air Force when General Eisenhower relocated the Supreme Headquarters of the Allied Expeditionary Force here and, three months later, masterminded the D-Day landings in Normandy from this less auspicious corner of London suburbia. The temporary headquarters were demolished in the 1960s, but a memorial plaque and flagpole can be seen to the east of the Teddington Gate.

As well as paying respect to the many American soldiers who lost their lives fighting in the D-Day landings, the memorial also serves as a timely reminder of the integral role played by the lungs of London in the history of this great city.